Facebook and other social media have become so popular, it is no wonder that the legal community is adjusting, coming up with new ways to use social media posts within a lawsuit.  For instance, in personal injury lawsuits, many defense attorneys are routinely seeking discovery of the injured plaintiff’s Facebook, MySpace or other social media posts for up to a year before the accident through the date of the trial.  Though Missouri and Illinois State and Federal Courts have not fully decided the issue yet, other courts have required such discovery or at least required the information to be produced for the Court to review in camerato see if it is relevant.  Tompkins v. Detroit Metro Airport,  Romano v. Steelcase, Inc.

The types of information defendant is looking for in a personal injury case, are statements regarding physical activities to help show a plaintiff is not really that hurt.  Posted photos of dancing at a wedding, playing sports, or lifting kids and grand kids are just the type of things that a defense attorney would argue shows no serious injury exists.  All the types of things that were generally obtained through surveillance are now often the subject of social media posts – making a defense attorney’s job that much easier.  Drinking at a bar, doing physical chores, waterskiing or riding a motorcycle are all things the other side could try and use against you in a personal injury lawsuit.  In addition, the comments you post are generally considered admissible into evidence as statements.  So if you post a comment that you expect a big payout from a pending lawsuit, that the other driver was not really that negligent or something negative about the legal system, you may be having to explain your words in Court.

A lawyer on the other side of your lawsuit should not ask to be your friend without revealing who he truly is.  However, the Courts are split on whether it is a breach of lawyer ethics to have someone else ask to be your friend in order to obtain information for the lawyer.  At least one jurisdiction, New York City, has found that if you agree to a friend request under such terms, you are opening the privacy door – so beware of who your so-called “friends” are.  Generally, it seems clear that if the other side’s attorney obtains information from your social media postings through one of your other “friends,” such as a disgruntled co-worker, the information is “fair game” as most Courts consider it to be within the public domain.  Most importantly, it may be unethical for your own attorney to advise you to delete or take down your prior posts — as that may be considered spoliation of evidence. Thus, you may be stuck with what you’ve posted in the past.  By all means, be careful what you post going forward.

In addition to discovery, one Missouri personal injury attorney attempted to use Facebook to serve a lawsuit on an evasive defendant.  At this point at least, the Missouri Federal Court in the City of St. Louis found that the federal rules do not allow a lawsuit and summons to be served in this way.  Joe Hand Promotions, Inc. v. Stephen Shepard.   The other way Facebook postings are routinely used by attorneys is to attempt to discredit jurors, even after they have been picked to serve.  So far, the Missouri Court of Appeals has found that it was too late at that point to dismiss the juror.  Rupard v. Prica, State of Missouri v. Hill.  The Court of Appeals for the Eastern District, located in the City of St. Louis, said in the Hill case that allowing attorneys to present evidence of a potential juror’s bias through Facebook postings does not mean that “jurors are ‘fair game’ for continuous Internet  ‘screening’ during the course of a trial. However, given the jury instructions now read to the jury about not posting any information during trial about that trial, more litigation about this issue seems likely. 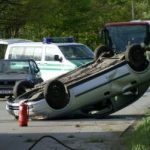 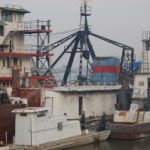 U.S. Supreme Court Asked to Decide: Can Shipowner Sue an Injured Seaman to be Paid Back Maintenance and Cure Benefits?Uncategorized