Personal injury settlements in Illinois are now required by law to be paid right away.  A new statute passed by the Illinois Legislature that took effect January 1st, 2014, requires a settling defendant and its insurance company to pay all sums due to the injured person within 30 days of signing the settlement documents.  735 ILCS 5/2-2301.  This legislation is good news for those who pursue claims for personal injury, property damage, wrongful death or other tort actions in Illinois!

It was passed in order to combat the recent trend seen by attorneys like Faerber & Anderson, P.C., who represent victims of accidents and negligence: Oftentimes, even after a case settled, the defendants and their attorneys would drag out the payment process, taking months to submit a draft of the settlement release to the plaintiff, and even 3-6 months longer to pay the agreed settlement amount.

Under the new law, once written confirmation of the settlement has been exchanged, the defendant has 14 days to present a proposed release to the plaintiff.  A “release” is typically the document whereby the claimant gives up any legal right to sue or continue a case against a wrongdoer, in exchange for payment of a settlement or other benefit.  At that point, if the plaintiff agrees to the language of the release, signs it and tenders it back to defendant by either personal delivery or by obtaining a return receipt, the duty kicks in for the defendant to pay within 30 days.

The statute also deals with the delaying problem of liens from Medicare, Medicaid, health insurance companies and healthcare providers.  Medicare generally has what is recognized as a “super-lien” on any judgment or settlement obtained from a third party to recoup any amount Medicare has paid for medical bills that resulted from a third-party’s negligence.  Even in situations where Medicare has not notified the parties of its claimed lien, most settlements must be reported to Medicare and Medicare’s interests must always be protected.  Unfortunately, as Medicare is a government agency, it has not been known for its speed in providing lien amount information, sometimes taking 6 months to a year to respond.  Failure to ascertain and pay a Medicare lien could result in large fees and penalties and fees against all the parties, their attorneys and insurers.  As a result, in cases where Medicare or other lienholders were involved, settlements could be reached and not paid for months while the liens were waiting to be worked out.

According to the provisions of the new law, Plaintiff now has several ways around this delay.  So long as Plaintiff gives the Defendant an offer to hold the disputed amount in either Plaintiff counsel or Defense counsel’s client trust fund account until the lien is resolved, or gives Defendant documentation of any other method of resolution of the liens, the 30-day-period for payment of the settlement kicks in.

The statute also has some enforcement teeth.  Failure to pay within 30 days if all the conditions have been met, could result in judgment being entered against defendant for not only the settlement amount, but also for costs incurred in obtaining the judgment and interest at a rate of 9% per annum until the entire amount is paid.

The law does not apply to class action lawsuits, or cases involving the State of Illinois or its various agents or employees. 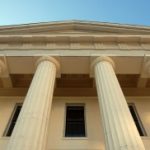