We are passionate about winning cases for our clients and dedicated to providing superior client service. 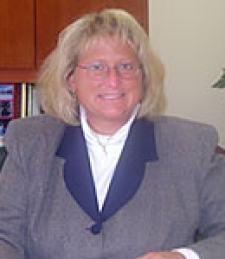 Christine E. Anderson has 20 years of trial experience, representing victims of accident and injury in court, in worker’s compensation tribunals and during settlement proceedings.

Ms. Anderson is an attorney in good standing with the Missouri, Illinois, and Arkansas state bar associations. She is licensed to practice in federal, state and appellate courts.

“We stand by you in difficult times.”

Christine Anderson brings her background in photojournalism and a love of investigative reporting, writing, and photography to the personal injury practice.

Short-line railroads are covered by the Federal Employer’s Liability Act (FELA);
Repetitive trauma injuries should be compensated just as highly as traumatic injuries;
Railroad spouses should recover when their loved ones die from cancer associated with exposure to chemicals at work;
The statute of limitations on a repetitive trauma case does not start to run when a railroader merely has symptoms.

Pursued even the most difficult cases:

Tried and settled cases related to: